Have You Heard of Cupping Therapy? (A Lot of Athletes Have)

Many people were curious about cupping therapy after seeing round red marks on Olympic athletes like Michael Phelps during the Summer Olympics.

Cupping is basically a form of body work or therapy that uses suction cups to achieve the desired results. This can stimulate blood circulation, relieve pain and provide many other health benefits.

However, before going out and trying cupping therapy itself, it is a good idea to understand what it is, what it is used for, and potential pitfalls.

What is Cupping Therapy?

Cupping therapy includes putting a plastic cup on the skin and pumping the air out inside the cup. This creates suction that breaks the capillaries, small blood vessels near the surface of the skin, and results in the red or purple markings where the glass was. These circles have been observed in many athletes at the Olympic Games.

There are two ways dry cupping can be done:

The Origins of Cupping Therapy

Historical records shows cupping is use in Chinese medicine over 3,000 years ago. Other records stipulate that Egyptians and ancient Greeks also practiced. Even Hippocrates, known as the father of medicine, used it. Today, cupping is practiced as part of traditional Oriental and in Persian medicine.

Interestingly, both the Chinese and Egyptians have discovered the ability of cupping a thousands of years back then. The same healing tool is found in opposite parts of the world and it is still practiced thousands of years later, it is a proof to its benefits.

Traditional Chinese Medicine historically put the cups on specific acupuncture points to boost the points. For example, someone with allergies and colds are suspected of having stagnant lungs. In this case, a cup is placed on an acupuncture point for the lungs, and often become the color of the darkest bruises, but all the vessels are placed on the skin with the same negative pressure. Traditional Chinese medicine practitioners believe that cupping works best with the darker the color of the mark, because it means the darker color the more stagnation is released.

Before there were plastic cups, practitioners used glasses and fire. Burning a piece of cotton inside the cup removes oxygen from the air, causing negative air pressure. When the practitioner immediately placed the cup on the skin, the skin under the cup would be sucked into the cup.

Cupping in Modern Use

While cupping is used in traditional Chinese medicine for general health, traditional therapists also use it. Modern biomedical literature categorizes cupping as a pain-relief tool or as a tool for myofascial release. Many massage techniques involve manipulation of blood to circulate in the muscles to release the trigger points and eliminate inflammation. Cupping therapy can do the same for areas of the body with less fat, like the back and shoulders.

Sometimes a musculoskeletal problem that is stuck in its healing process can be stimulated into healing through slightly infuriating the tissue or initiate inflammation. This concept applies to prolotherapy, where a foreign substance is injected into a damaged joint to stimulate inflammation. Due to localized inflammation created by the suction cup, you can have this effect on a stagnant injury and stimulate more blood and lymphatic circulation in this area. 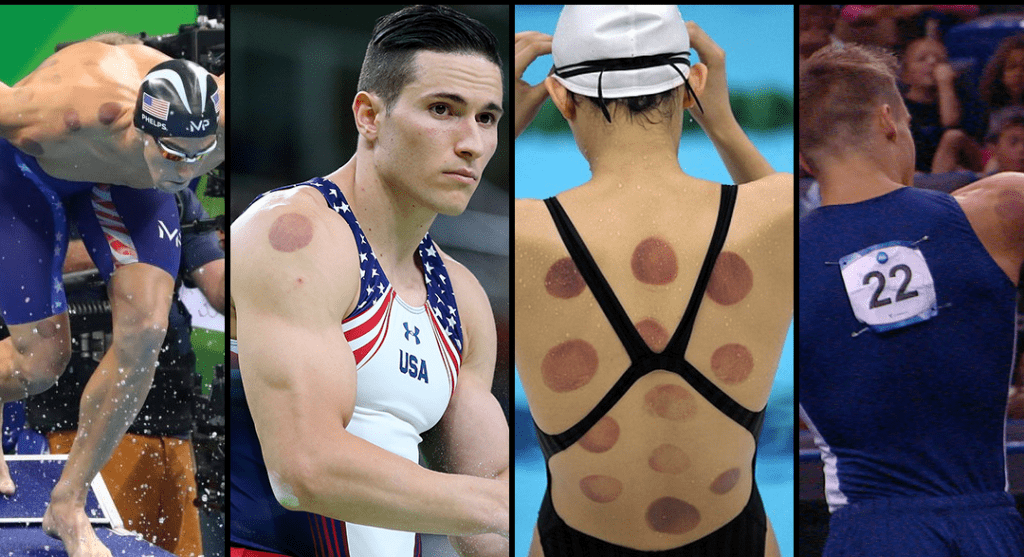 Many people, including celebrities and athletes attest the benefits of cupping therapy. It makes sense that the cupping therapy can lessen the pain and assist healing.

However, according to Dr. Brent Bauer, as far as clinical evidence is concerned, the jury is still out. This could be for several reasons:

At present, clinical proof supporting the effectiveness of cupping for low back pain and neck pain is auspicious. The medical world feels they need more thorough clinical trials before they can conclude that it really works.

When medicine drugs are tested, it’s usually tested against a placebo, a sugar pill disguised as medicine. This ensures the effectiveness of medications is really due to medications and not because the patient thinks they have taken it. The placebo effect can account up to 30% of the results in medicine. For this reason, scientists believe it is better to compare a treatment with a placebo rather than a no-treated group.

The use of a placebo to test the efficacy of TCM is controversial. First, it is difficult to achieve a physical placebo for acupuncture and cupping therapy that can isolate the belief that has improved the treatment itself. Secondly, TCM is a mind-body approach to medicine rather than just the body, so we can not really isolate mental healing with TCM.

Because randomized controlled trials look at people collectively as a group, individual differences can be miss out. Back pain, for example, could result from a variety of causes, such as sciatica, herniated disks, tight back muscles, SI joint disorders, or simply poor posture. Cupping therapy can be more effective against some of these cases and not others. In order to know better a more thorough clinical trial is needed.

In reality, a doctor, a physician, a physiotherapist or a professional TCM, should be able to help identify the causes of health problems and treat it with an individualized approach. Personal experience and clinician’s proficiency should help decide if the cupping therapy is right for you.

How to Manage the Risks of Cupping Therapy 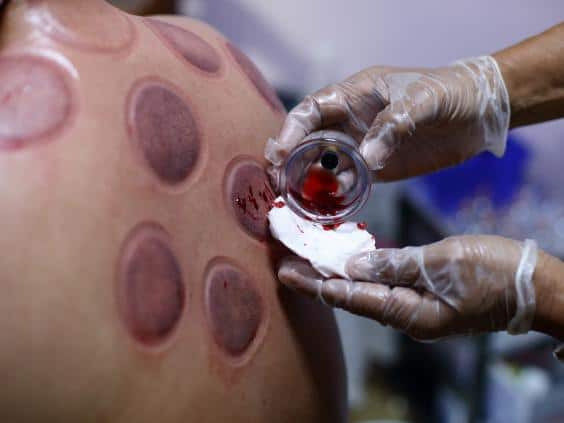 Cupping is considered a relatively safe procedure and cups are available without prescription. This means that everyone can buy and do cupping on anyone. However, complications such as injuries and infections can occur, so it is important to get a cupping therapy from a trained professional.

Risks of injuries from cupping include:

In order to enjoy cupping therapy safely and effectively:

What Are Your Thoughts On Cupping Therapy?

25 Amazing Facts About The Human Body

Lily - January 29, 2021 0
People have been studying the human body for thousands of years. In that time we have discovered many interesting things. Watch this video or...