Promising Benefits of Emu Oil for Skin and Body 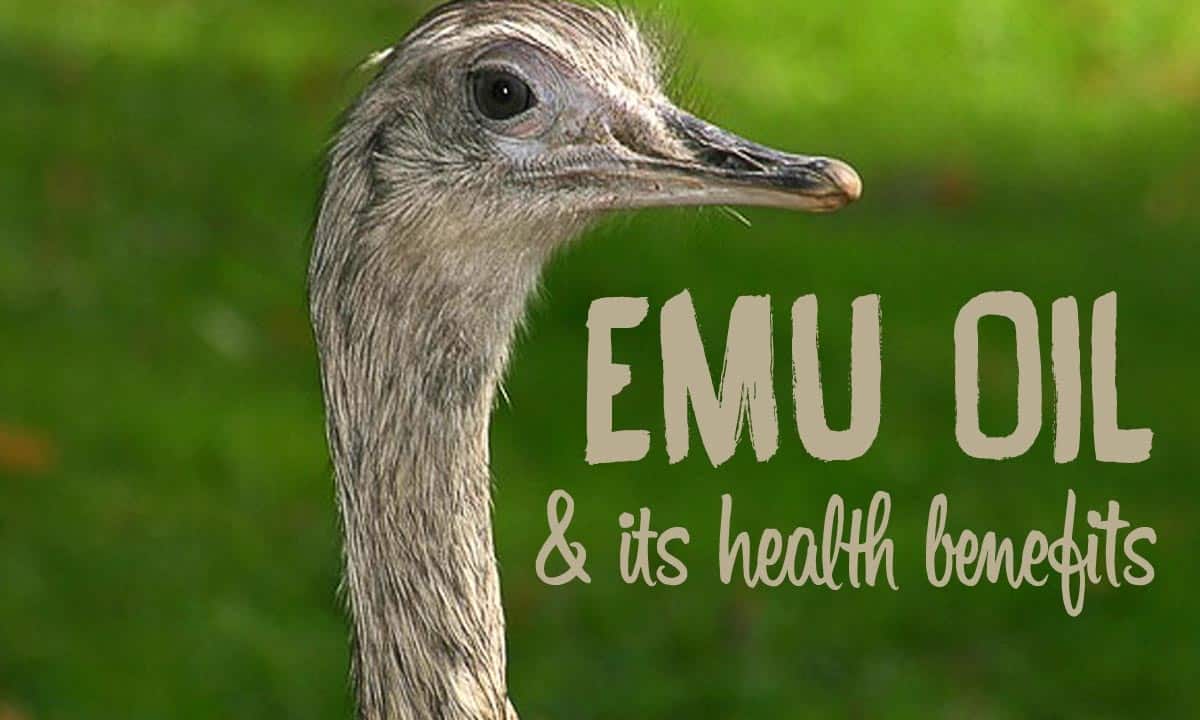 Native Australian aborigines discovered that emu bird oil could help wound healing, as well as aches and pains hundreds of years ago. Today, emu oil is widely used for skin ailments such as eczema and burns. Modern study can support this natural remedy.

Not sure about bird oil supplement? Read more:

What is emu oil?

This oil is obtained from the bird Australian Emu as its name suggests, a wingless bird native to Australia. This back fat is processed and filtered like lard, producing a clear and bright yellow oil with different healing properties.

All Good Fats of Emu Oil

Emu oil has three types of omega fatty acids (omega-3, 6 and 9), making it an excellent fatty acid supplement. About 50% of the fat is called oleic acid which is from monounsaturated omega-9 fat. This fat is also present in olive oil.

As the grass-fed beef has more nutritious fatty acids than grain-fed beef, the nutritional value of this oil varies depending on what they eat. Today, some birds are farmed for oil and meat instead of wild caught. Because emu oil is easily absorbed through the skin, it is very essential to get your emu oil from a reliable source.

The Benefits of Emu Oil

Recent study and human clinical experiments support the benefits of emu oil for general health and specific conditions. It is important to note that in most cases, studies have shown that it is effective but not as effective as conventional medication for various ailments.

Yet, this natural oil does not come with the same side effects as these medications. In some cases, it can be a natural choice to help control symptoms alone or with other treatments.

Benefits of Emu Oil for the Skin

Topical application is well supported in the study. Scientific studies and anecdotal reports show the potential of emu oil:

If you have already applied this oil to your skin, you have probably noticed that it is very light and absorbs very quickly. The emu oil’s fat content makes it easy to pass through the outermost layer of the skin. This is probably the reason that people often use for chronic inflammatory problems such as dermatitis, eczema and psoriasis.

Emu oil can relieve redness, itching and flaking in patients with seborrheic dermatitis.

Skin problems are oftentimes a sign that something is wrong inside, such as food allergies, intestinal dysbiosis or nutrient deficiencies. Conventional drugs such as steroids simply subdue the immune system. They suppress the symptoms but the root causes remain.

Emu oil can provide relief, but it remains important to treat the root cause to cleanse the skin.

Stimulate the Growth of the Skin and the Hair

Emu oil can stimulate skin cell regeneration and hair growth in patients with health problems that cause hair loss, including chemotherapy and alopecia. This use is the most widely documented anecdotal evidence, but again, more study is needed.

It Protect Nipples During Breastfeeding

A small clinical test with emu oil on new breastfeeding mothers found somewhat effective in relieving the pain of breastfeeding and keeping the nipple skin nourished. Although this oil is useful, the authors of the study in addition to the side of caution and expressed concern that new evidence would be needed to ensure that emu oil is safe for new mothers and babies before they are widely used for this purpose.

Cure Wounds and Avoid it from Getting Scarred

A lot of people find this oil very effective to promote wound healing and reduce scarring. One study found that it promotes skin rejuvenation and reduces swelling. Animal tests showed inconclusive results, and we still have no human studies to confirm the effects of emu oil in an injury.

A 2016 study tested the effects of emu oil in the curing rate of burn wounds in mice. They found that mice receiving this oil heal more slowly but have fewer scars compared to the control group. Another Chinese study tested burn wounds to emu oil in rats and found that it is superior to a treatment with betadine and liquid paraffin.

Benefits of Emu Oil Within the Body

Emu oil contains many curative substances and can easily absorb, its health benefits are more than skin-deep. Scientists have witnessed several anti-inflammatory benefits, including the ability to:

The application of this eucalyptus-blended oil to the skin significantly reduces the inflammation of arthritis in rats, in particular compared with other oils such as fish oil, Olive oil, lard and evening primrose oil. So, emu oil can help humans from arthritis and joint pain.

Olive oil is often suggested to help balancing cholesterol levels. It is said to enhance the level of good cholesterol. This native oil includes many of the same beneficial fatty acids and can have the same effect. A 2004 study found that hamsters fed emu oil had remarkably better cholesterol and triglycerides in compare to those fed hamsters of olive oil.

Some studies have shown that emu oil is very healing for the intestine, particularly in cases of diseases such as colitis and Crohn’s disease. Specific advantages include:

As many of these chronic digestive health problems have much in common, probably eating this oil could help with other diseases as inflamed intestines. But, other studies, especially humans, are needed to confirm.

Those with eczema or very dry, itchy skin, can benefit from this natural oil. For additional hydration, it helps in mixing with tallow balm or a body butter. It is possible, however, emu oil mixed with other ingredients or even tallow for the best of both worlds.

Emu oil has a lot of benefits into our health. Try it now!

Lily - March 23, 2022 0
Neuropathy is a general term used to describe damage or disease affecting the nerves. Neuropathy can affect any nerve in the body, but it...