The Best Foods And Supplements To Boost Memory And Brain Health 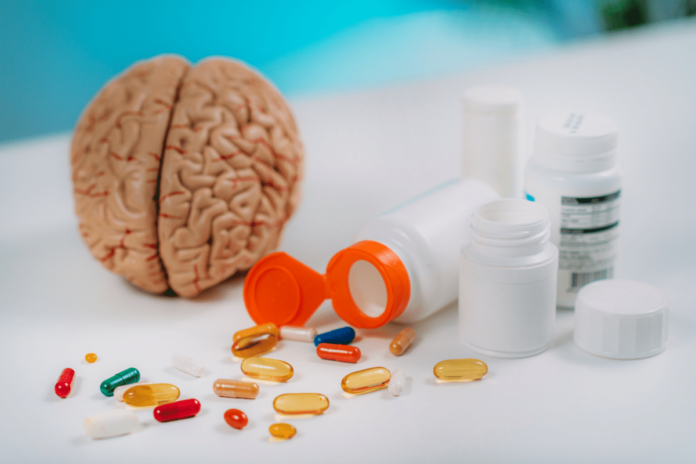 Research has discovered that when supplied with the right nutrients from foods, vitamins, and overall diet, your brain can literally regrow itself from the inside out. This helps keep your brain’s memory center strong for daily tasks while protecting it from a decline in the future. With brain health supplements like fish oil, fatty acids have been linked with many health benefits, including improved brain health. This is called neurogenesis.

Neurogenesis is the growth and development of nervous tissue. It is essentially the birth of new neurons from the neural stem or progenitor cells in the brain. Neurogenesis takes place in the subventricular zone (SVZ) that forms the lining of the lateral ventricles and the sub granular zone that forms part of the dentate gyrus of the hippocampus area. It is said that neurogenesis can be produced by a certain diet.

We may think of memory as a filing cabinet where we store information, but that is not how it works. It’s more like plugging a computer into the ethernet where the strength of the network determines how much we remember. And each time we “plugin” a memory, we activate a network of nerve cells, neurotransmitters, and connections. These systems operate constantly on the foods you eat to boost your brain function, power, and energy and will help you stay focused all day long.

This article reviews how the improve memory and strengthen our “network connections” through vitamins for memory, memory supplements, and foods that improve your brain and mental health.

Your brain is kind of a big deal. Within your brain lies billions of nerve cells called “neurons”, that are connected by trillions of synapses. As the control center of your body, it’s in charge of keeping your heart beating and lungs breathing and allowing you to move, feel and think.

The foods we eat play a role in keeping your brain healthy and can improve specific mental tasks, such as memory and concentration. Foods that improve memory are actually found everywhere, from beef liver to chocolate to caviar. Isn’t it great that we can all stay sharp just by eating something tasty that we enjoy?

Here’s what you need to know about this health-promoting compound to boost memory.

The omega-3 fatty acids found in fish oil play a vital role in brain function and development throughout life. They are abundant in the cell membranes of brain cells, preserving cell membrane health and facilitating communication between brain cells. Omega 3’s can be found in a variety of fish such as black cod, sockeye salmon, sablefish, or Alaskan salmon. There are also claims that fish oil can improve brain function in people with memory problems, such as those with Alzheimer’s disease or other cognitive impairments.

Green tea contains polyphenols, the most powerful of which is epigallocatechin gallate (EGCG), a type of catechin. EGCG, in matcha, improves memory, sharpens mental alertness, and slows aging. Green tea was proven to increase connectivity in the working memory sections of their brains. Also, green tea’s polyphenols have been shown to increase neurogenesis, BDNF levels, and to have strong health benefits ranging from cancer prevention to fat loss, plus cardiovascular benefits, immunity improvement, and glucose reduction.

Gingko Biloba is well-known as a memory supplement and countless studies evidence this. Gingko has been found to help memory in patients with mild dementia and Alzheimer’s symptoms. Gingko Biloba worked to improve their concentration too. A five-year study of elderly patients with a history of memory complaints showed that daily use of this memory supplement was linked to a zero-incidence rate of Alzheimer’s disease among all of the subjects. Also, a study on young, healthy subjects showed taking Gingko Biloba improved speed at memory tasks. However, Gingko interacts with many conventional medications, so inform your doctor if you are taking them.

This vitamin benefits our memory. Vitamin B12 helps us maintain healthy nerve cells and red blood cells. In a study of 100 amnestic patients, vitamin B12 was instrumental for memory tests. The subjects with high levels showed significant improvement in learning ability and recognition performance.

Aside from the above-mentioned, do you want to add PQQ foods to your diet? Do you want to know what are the health benefits of PQQ? Before we get too far ahead of ourselves, do you know what PQQ stands for? To clarify, PQQ is the abbreviation for pyrroloquinoline quinone. A compound found naturally in the soil and certain foods are believed to help aid in the formation of new mitochondria cells.

Various studies in both humans and animals have revealed some impressive health benefits of PQQ, including:

PQQ has antioxidant properties that can help neutralize harmful free radicals to prevent cell damage and inflammation. Early research indicates that PQQ has anti-inflammatory effects. In turn, these properties may reduce your risk of various inflammatory ailments. PQQ can also help neutralize free radicals, which are emitted as a by-product of human metabolism and can cause oxidative damage to cells and tissues.

PQQ supplements activate nerve growth factors in brain cells, thereby supporting healing processes in the brain and helping to maintain brain “plasticity” – which is vital to learning and memory. A 2016 study found that PQQ supplements were able to increase blood flow to the brain, which could help protect against cognitive decline and dementia. Because of PQQ’s powerful antioxidant and anti-inflammatory effect, this natural compound has been shown to boost memory, preserve attention, and protect against cognitive decline.

One of the primary benefits of PQQ supplements is their effect on the mitochondria, which is the organelle that provides energy to the cells. PQQ is integral to the function of the mitochondria, which may be involved in controlling both longevity and the aging process. By optimizing mitochondrial function, reducing oxidative stress, and increasing cellular health and energy, PQQ supplements is believed to be a powerful anti-aging agent. Impressively, some studies have actually found that taking a PQQ supplement may have benefits beyond brain health, disease prevention, and energy production. In fact, it’s often combined with other energy-enhancing compounds like CoQ10 to help enhance mitochondrial health. Just a single dose of PQQ supplements enhances mitochondrial activity, as indicated by an increased concentration of certain metabolites in the urine.

In one study published in Functional Foods in Health & Disease, taking PQQ for the supplement for two months fell asleep faster, stayed asleep for longer, and felt more rested when they woke up. So, if you’re constantly waking up and still feeling totally drained, PQQ may be able to help.

Want to add more PQQ to your diet? Here’s where you can find it – and how much you should take.

Add these items to your grocery list and incorporate them into your diet often to get more PQQ in your system:

To ensure you’re getting enough PQQ, you may also consider taking a high-quality supplement. There’s no specific dosage recommendation, but many studies have found beneficial effects when people take 20 milligrams per day.

Your best bet? Experiment with the dosage and see what works the most effectively for you.

Now that you have this information, you can add these foods and supplements to your daily routine. When you start seeing great results come back and let us know.

Lily - March 30, 2017 0
Adequate levels of vitamin D are essential to the health of the immune system and a number of other areas of health. In fact,...