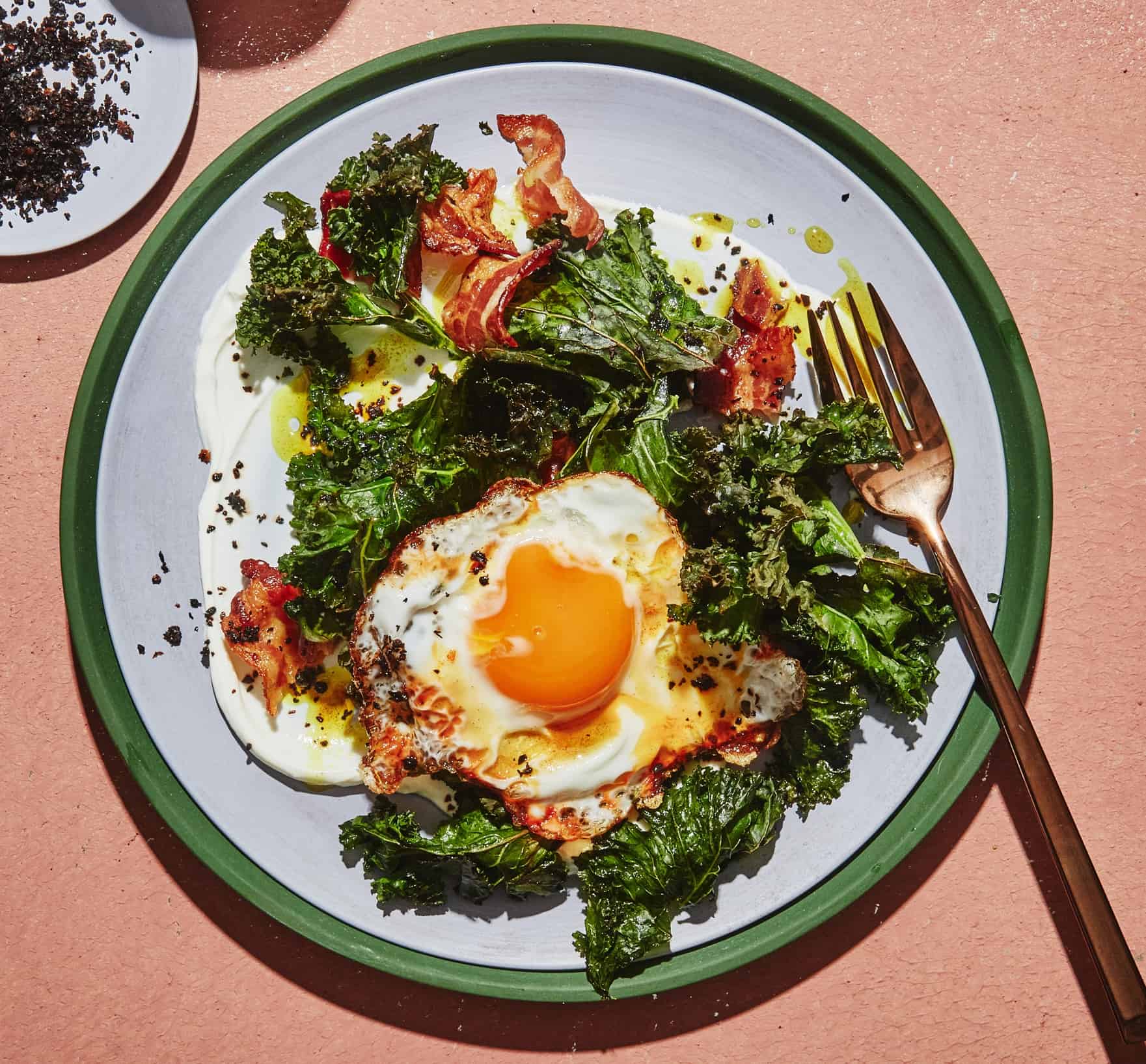 Preparing breakfast should not take too much time and nothing better than a healthy and balanced meal. Standard eggs breakfast with bacon can be super healthy with some additions of nutritious superfoods. Kale is widely regarded as the most nutritious green on the planet, while ancient turmeric has an impressive amount of health benefits. It has been proven that this spice combats heart and brain diseases while boosting the immune system with antioxidants. If you like to try this simple and healthy recipe, here’s how to prepare it.

Place a rack in the middle of the oven and preheat to 375°. Bake bacon until brown and crisp, 12 to 15 minutes. Tear into large pieces; reserve fat for another use.

Meanwhile, spread the kale on a rimmed baking sheet and drizzle with 2 Tbsp. oil. Massage the leaves with oil and season with salt. Bake, tossing halfway through until edges are lightly browned and crisp-tender, 5 to 7 minutes.

Season the yogurt with salt. Divide among plates and top with bacon and kale.

Heat the remaining 3 Tbsp. oil in a large nonstick skillet over medium-high heat. Add the eggs one at a time by shaking skillet between additions to prevent them from sticking. Cook by tilting the skillet towards you and pouring the oil over the egg whites until the whites are set for about 2 minutes. Remove the skillet from the heat by keeping it tilted and add the turmeric to the oil. Baste egg whites with turmeric oil.

Divide the eggs among plates and drizzle over with turmeric oil. Sprinkle with red pepper flakes and squeeze over the limes.

Lily - February 23, 2017 0
1. The first step to building your alternative medicine chest is to write down exactly what you want on an everyday basis and what you want on...