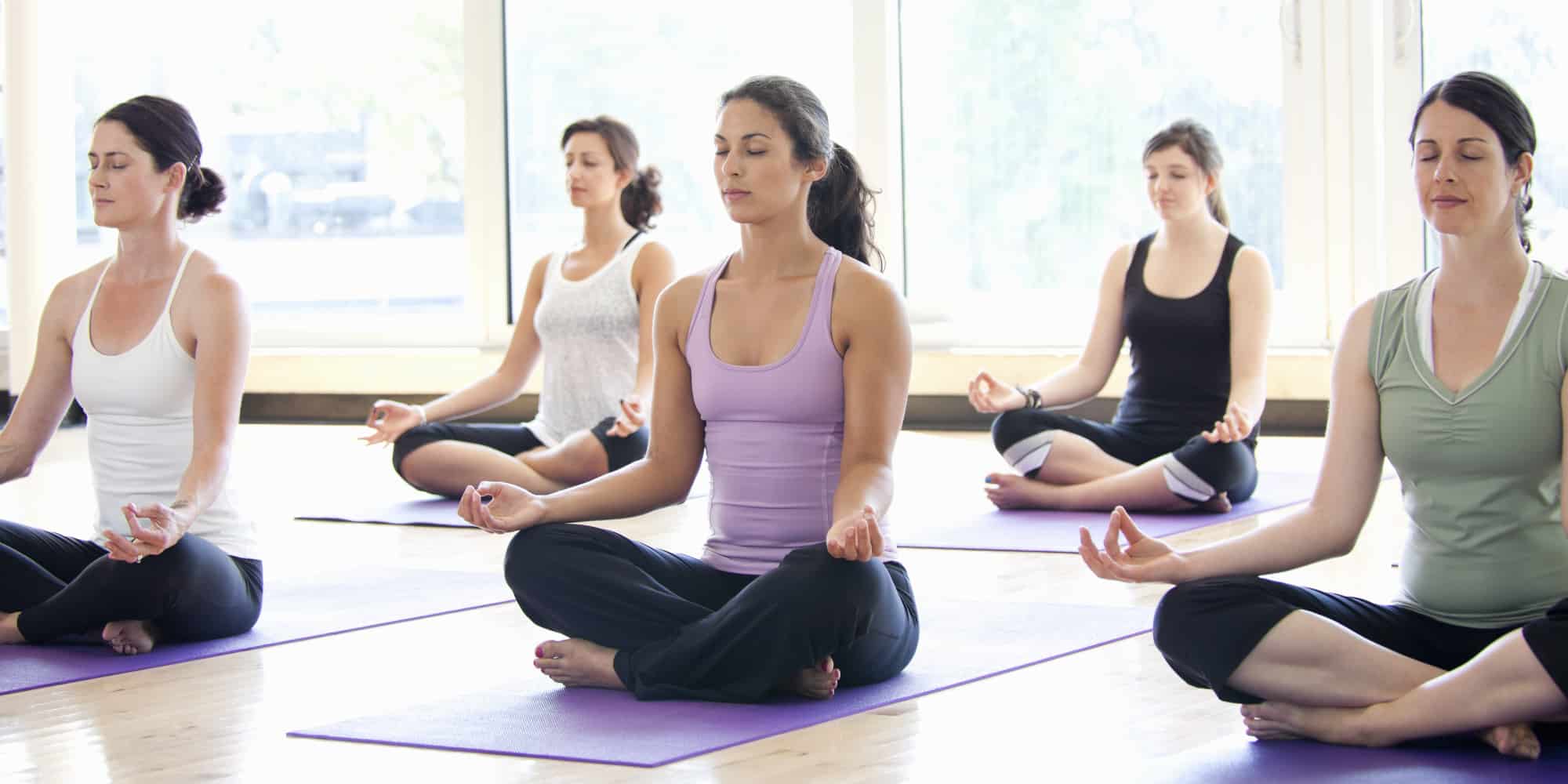 Technically, yoga is another language. It can sometimes be intimidating if the teacher begins throwing out the Sanskrit terms for poses or using shortcut language like, “You can vinyasa through this or go straight to downward dog.”

Fortunately, it doesn’t take a degree in all things yoga to get on the inside track. Here’s a quick primer to help:

Traditional yoga has several aspects called the “eight limbs of yoga” and asana is one of them. The others involve tactics like breathing techniques, focused concentration and meditation. Most yoga classes focus mainly on asana, sometimes with breathing exercises incorporated into the mix.

Also called downward dog or downward-facing dog, this is one of the most common yoga poses. The body forms an inverted V-shape, with back straight and heels reaching toward the floor.

This very specific yoga sequence is used often in classes, because it’s said to strengthen all major muscle groups. It’s also a favorite as a warmup to more challenging poses.

This method of yoga relies on a flowing sequence, so one pose leads gracefully to the next. If a teacher says you can “vinyasa through,” it usually means that you can go from one pose to the next through a series that consists of plank, upward-facing dog and then downward-facing dog.

Another limb of yoga, this is the formal name for breathwork. The root word “prana” also means “energy” or “life force.” In some class descriptions, you may see a phrase like “asana and pranayama will be covered.” That just means you’ll be doing poses and breathing techniques.

The word itself is often translated as “to yoke,” which means that you’re yoking mind and body together through specific movements and focused breathing. It’s considered different from just stretching because it involves staying aware of what your body is doing — and being conscious of your emotions and attention.

Someone who practices yoga regularly. Yogi is for males and yogini is for females, although it’s also common for all students to be called yogis.

This is a single syllable that is considered sacred in many religions, including Hinduism and Buddhism. Some believe that it’s the sound of the universe, with the power to transform the person who chants it. Whether you believe that or not, it’s a nice way to begin and end a class.

Used as hello and goodbye in some countries like Nepal, this word is often used to close out a class because it also means: I acknowledge you, I bow to the divine in you or I recognize the teacher in you.

There are many disciplines of yoga, although most have several poses in common. You may see terms like hatha, ashtanga, Bikram, Iyengar, yin, jivamukti, power yoga and others. These are simply variations on the same theme, although they can be strikingly different from one another. For example, yin yoga has students hold each poses for 5–7 minutes, while power yoga is a very fast-paced practice in which you might hold a pose for only a few seconds.

Beyond these terms, feel free to ask your teacher or fellow students about any you might not know yet. If there’s one thing about yogis and yoginis, they love to talk about yoga. In general, a yoga studio is designed to be a supportive environment, so don’t be afraid to ask questions before or after class.”

Lily - March 6, 2019 0
Have you ever tried making your own ramen noodles? This ramen noodle is easy to prepare and affordable. An economical option when your budget...