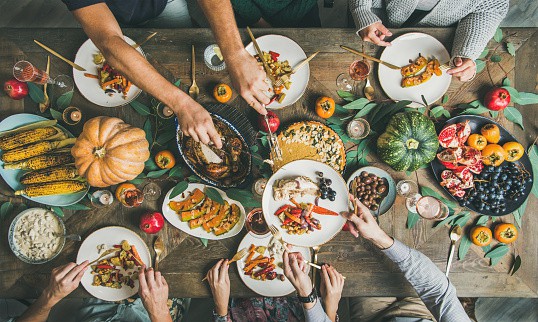 The amazing effects extend to muscle maintenance and heart health.

Most people try to fast with one goal in mind: to lose weight. But according to a registered dietitian, Carolyn Williams, Ph.D., science has also uncovered health benefits associated with whole-day, alternate-day, and time-restricted fasting. Scientists believe that the benefits of short-term fasting may come from the structured 24-hour meal break they offer.

Williams studied the research, looked at the data, and even tried a time-restricted fast herself. But she was surprised to learn that she had no problem going 16 hours without eating. Her method: She stopped eating after dinner and fasted from 7 p.m. at 11 a.m., following the popular 16:8 pattern of intermittent fasting, leaving an 8-hour-long window for eating. While more studies are needed to see whether if fasting is effective for a long-term diet, there is no doubt that it works in the short term.

By abstaining from eating for at least 12 hours (ideally 16), your body begins to burn glucose and can start using fat for fuel. Studies show that you can expect to lose 3-8% of your body weight in just a few as three weeks. Compared to low-calorie diets, intermittent fasting tends to trigger greater loss of belly fat, research suggests. Anecdotally, you feel more energy and clarity of thought.

For people who don’t have cancer, intermittent fasting has been shown to potentially reduce the risk of developing cancer or heart disease. But what exactly does intermittent fasting do? In other words, why does it have these health benefits? For one thing, the levels of Human Growth Hormone (also known simply as “HGH”) start to rise when you are on a fast. This makes it easier for your body to access its fat stores, which leads to more efficient fat burning (and therefore weight loss and muscle gain). In addition, your body becomes more sensitive to insulin, which means it needs less to function. As a result, insulin levels drop, which again helps your body access more fat in your body (and keeps diabetes at bay).

As mentioned above, your cells begin to repair themselves during fasting period. The cells in your body also release proteins which are old and no longer work and therefore essentially only take up space in your body. Finally, intermittent fasting helps protect your genes from disease and maintain the genes that prolong life. Of course, the physical health benefits aren’t the only benefits you’ll see when starting an intermittent fasting routine. In fact, when people only eat two meals a day instead of three or more (especially when snacks are included), they end up saving a lot of time preparing meals and eating.

Here are a few other potential benefits of intermittent fasting, each supported by research.

Whenever you restrict calories and lose weight, some of that weight comes from reduced muscle mass, both for intermittent fasting and traditional calorie-restriction diets.

It’s believed for some researchers that intermittent fasting may be more effective in maintaining muscle mass during weight loss than non-fasting diets, but more research and studies are required on this topic. Intermittent fasting probably won’t make you lose more muscle than other weight-loss diets.

However, at least one study conducted at the University of Illinois by the Department of Kinesiology and Nutrition suggests that intermittent fasting may be more effective at maintaining muscle mass.

The study compared overweight and obese adults who followed a low-calorie diet with subjects of similar weight who restricted calories through intermittent fasting. After 12 weeks, the researchers found that both diets were equally effective in reducing body weight and fat mass, but less muscle was reduced by the group that fasted.

Overweight people who could select any 10-hour period to eat as long as they abstained from eating the other 14 hours of the day saw a reduction in waist circumference and visceral abdominal fat after 12 weeks. Visceral fat is commonly referred to as belly fat.

Visceral fat is extremely harmful and can increase your risk for chronic diseases, such as heart disease, type 2 diabetes, and even some cancers. Luckily, there are some proven strategies you can follow to help reduce visceral fat. Intermittent fasting is a dietary strategy that can help you reduce visceral fat.

Intermittent fasting may reduce the risk of diabetes.

In the study of Cell Metabolism, it has shown the potential of intermittent fasting to reduce the risk of metabolic diseases, such as type 2 diabetes and heart disease.

A group of studied participants was diagnosed with Metabolic Syndrome, a group of health problems including excess abdominal fat, high blood pressure, high blood sugar, and abnormal levels of cholesterol or triglycerides, which together increase the risk of type 2 diabetes, stroke, and heart disease. Each participant saw improvement in all common markers of metabolic syndrome after 12 weeks.

A related study found that alternate-day fasting, in which participants restricted 75% of calories on a “fast day,” followed by a “feed day” with no calorie restriction, resulted in clinically significant reductions in blood sugar and insulin resistance.

This study shows that intermittent fasting has the potential to completely reverse type 2 diabetes, even when someone has had the disease for 25 years. It changes everything about how we treat this disease. These improvements seen with intermittent fasting were encouraging for those who want to lose weight and reduce the risk of heart disease and other serious health problems.

A study published in Nutrition and Healthy Aging showed that participants who did 16:8 intermittent fasting without counting calories significantly lowered their systolic blood pressure compared to a control group after 12 weeks.

Inflammation is a normal immuno-response to fight infection, disease, and injury. But there’s another kind of inflammation, chronic inflammation that can silently trigger heart disease and diabetes. It is even linked to conditions like obesity and cancer.

Smoking, mental stress, and a regular diet of fried, fatty, or sweet foods are common causes. Several studies have shown that intermittent fasting may induce an anti-inflammatory effect that reduces the risk of metabolic diseases and even improves lung function in people with asthma.

A study of 50 people observing Ramadan, found that they had lowered the levels of certain inflammatory markers during the Ramadan fast. Another 2015 study of 13 individuals found that a longer duration of the overnight fast was associated with a decrease in inflammation markers. Furthermore, fasting for two days helped reduce oxidative stress markers.

While more research is necessary, these studies provide promising evidence showing that the IMF can help reduce inflammation and fight chronic disease.

In addition, a reduction in inflammation due to short-term fasting appears to protect the brain from impaired memory and depression, according to an Obesity study.

According to a study, even when you’re not losing weight by doing an intermittent fasting routine, your cells may benefit from additional protection.

The study assigned men with prediabetes a 6-hour early eating period, where they could eat from 8 a.m. until dinner before 2 p.m. only, fasting the rest of the day, or a 12-hour feeding period. At the end of five weeks, the researchers found that the men at the onset of rapid restriction improved blood pressure and insulin sensitivity (as expected), but also improved resistance to oxidative stress (one of the steps towards aging and many chronic diseases), where unstable molecules known as free radicals, which react with and damage other important molecules like proteins and DNA.

One of the most interesting applications of intermittent fasting may be its ability to extend lifespan.

Rodent studies have shown that intermittent fasting may also increase life expectancy the same way as continuous calorie restriction, which is much easier to maintain than the extreme cutting of calories. The effects have been quite dramatic in some of these studies. In a study that compared rats that had unrestricted access to food with rats fed every alternate day, rats that fasted lived 83% longer than those that did not.

While far from proven in humans, intermittent fasting has become very popular with the anti-aging crowd. Considering the known benefits for metabolism and all kinds of health markers, it makes sense that intermittent fasting could help you live longer, healthier lives.

If you’re looking at how to start a health-boosting fast yourself, check out our page, along with dozens of healthy meals, delicious recipes, and even keto meals.

Lily - April 26, 2020 0
https://youtu.be/MyAfLaw36C8 A lot of people do not know this, but you do not have to consume a lot of calories to get the nutrients you need.  There are many low-calorie foods that are rich...