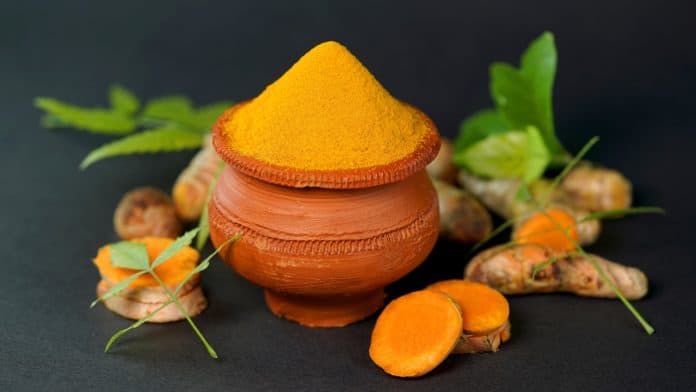 Many of us already know and love turmeric: the delicious yellow spice best-known for its starring role in curries. Turmeric is an herb, also known as Curcuma longa, that is a member of the ginger family and is one of the healthiest foods on Earth it becoming growingly popular all around the globe, due to its multiple health-boosting properties.

Many people refer to it as the ‘cure-all’ spice, but it has one powerful benefit that is often overlooked. Its active ingredient, curcumin, improves brain health and the function of the endothelium, which is the lining of the blood vessels, regulates blood pressure and clotting, lowers the risk of dementia, stroke, and Alzheimer’s, and offers countless other health benefits.

Researchers from Monash University in Melbourne, Australia, conducted a study that was published in the Asia Pacific Journal of Clinical Nutrition, whose findings showed that the daily intake of a single gram of turmeric can lead to short-term memory improvements in people predisposed to memory loss. This is so important if you want to maintain memory and nimble mental activity.

Beyond its culinary uses in mustards, butter, cheeses, and curry powders, turmeric has become a superstar in the spice world thanks to its many medicinal benefits. The golden color of turmeric comes from the presence of “curcuminoids”, which can be used to treat many different things, including inflammation, arthritis, brain-boosting, protecting the heart, and it even might help fight against diabetes and cancer.

Turmeric and its active compound curcumin have strong anti-inflammatory and antioxidant benefits, which have been shown to cross the blood-brain barrier, meaning it can directly enter the brain and benefit the cells there. Research, it has reduced symptoms of depression and Alzheimer’s disease.

Turmeric might also protect against Alzheimer’s, a degenerative disease that impacts millions of people. The active biocomponent of turmeric, curcumin is known to stimulate the production of several signaling proteins for nerve functioning. It is thought that turmeric can increase levels of brain-derived neurotrophic factor (BDNF), a protein found in the brain and spinal cord. BDNF is a type of growth hormone that functions in your brain. Adequate turmeric intake can enhance this BDNF factor and the strategy was found to be very effective in depression patients.

Many common brain disorders have been linked to decreased levels of this hormone, including depression and Alzheimer’s disease. According to a 2009 study done by researchers from Duke University, it causes brain changes and reverses some of the effects of Alzheimer’s disease. Namely, it helps clear the amyloid plaques that are a hallmark of this disease.

In the case of Alzheimer’s disease, curcumin was reported to be effective against a characteristic tangled protein called amyloid plaques which overall disrupts the brain signaling functions required for physiological coordination.

Another study published in the Journal of Pharmacology has linked turmeric, aka Curcuma longa (curcumin), which boosts serotonin and dopamine, to improved memory, attention, and mood in older adults.

“There is very solid evidence that curcumin binds to plaques, and basic research on animals engineered to produce human amyloid plaques has shown benefits. You can modify a mouse so that at about 12 months its brain is riddled with plaques. If you feed this rat a curcumin-rich diet, it dissolves these plaques. The same diet prevented younger mice from forming new plaques.”

The active ingredient of turmeric, curcumin, is responsible for most of its medicinal and healing powers since it has a powerful anti-inflammatory and can be used in a ton of different ways. It is most specifically known for its antioxidant content.

According to the study’s lead researcher, Andrew Scholey of the Swinburne University of Technology in Melbourne, Australia:

One of the biggest reasons why you should include turmeric in your diet, now more than ever, is because of inflammation. Curcumin has strong anti-inflammatory properties. In fact, according to research, so much that it is equally as effective as some anti-inflammatory drugs but without side effects. Turmeric can fight chronic inflammation, thus helping to prevent and even treat certain diseases.

Furthermore, its anti-inflammatory properties can be of great help in the case of Alzheimer’s, as they reduce the damage due to inflammation and oxidizing agents. Other studies have also confirmed that this miraculous spice is also helpful in improving depression symptoms just as much as an antidepressant over six weeks.

Although it is a well-known fact that the combination of a healthy diet and regular exercise effectively prevents disease, adding turmeric to your diet will improve health in multiple ways, and help you prevent dementia.

Now, here are a few recipes that you can consume turmeric daily:

Mix turmeric, ginger, and black pepper in a small saucepan pour a cup of water, and boil the mixture. Then, lower the heat to simmer for a few minutes, remove from heat, and add honey. Cover, leave to steep for an hour or overnight, and strain the tea using a cheesecloth before use.

In a saucepan, heat the listed ingredients until the mixture boils. Then, remove it from heat and drink it warm. You can also add the mixture to your soups, curries, or other recipes.

First, boil the water, add the turmeric, and for 10 more minutes. Then, leave it to cool for a couple of minutes, and then you can drink it.

FDA Says That Vaccines Are Non-toxic Without Toxicity Studies

Lily - April 19, 2017 0
Various chemicals called adjuvants are among the ingredients of the vaccine used in its production. CDC and FDA approved them because they increase the...