Benefits of Honey and Cinnamon: Can 2 Superfoods Be Better Than 1? 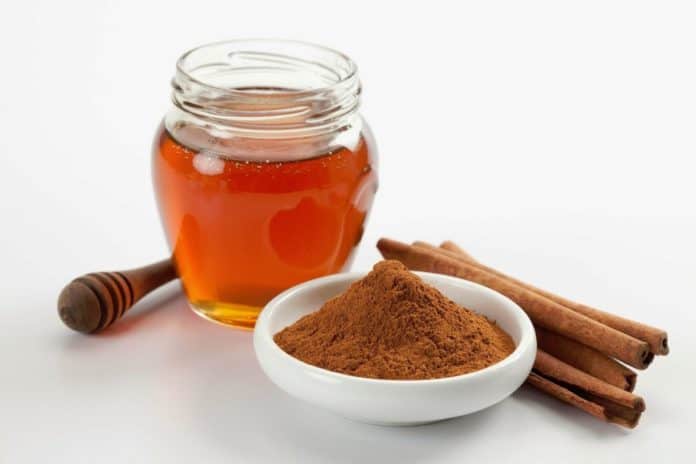 Honey and cinnamon are two natural ingredients with multiple health benefits. This combination is used as a remedy for centuries. Honey has a rich history dating back to ancient Greek, Roman, Vedic, and Egyptian texts, while cinnamon has been used in Chinese and Ayurvedic folk medicine for over 2,000 years. They aid your body in almost every aspect and you will see some significant changes in the way you look and feel!

Individually, they have wonderful qualities for one’s health and beauty. But what if you combine the two? Does combining the two must have an even stronger effect? Let’s learn more about the amazing benefits of honey and cinnamon.

Here are the following benefits of honey and cinnamon when consumed together.

How Honey and Cinnamon Work Together
Honey is created by honeybees from plant nectar, and it is a rich source of glucose, carbohydrates, and fructose. It has powerful antibacterial, antioxidant and anti-inflammatory properties. While cinnamon is a spice derived from the inner bark and leaves of several tree species and it also offers strong antimicrobial and antioxidant properties. When combined, despite the amazing, delicious taste, these two contain complementary agents that work together to even more effectively resolve health issues.

Top Benefits of Honey and Cinnamon

Also, the main causes of allergies in the home are house dust mites, cinnamon bark oil and cinnamon leaf oil is a potent weapon that can help to cure various allergies. According to researchers from the University of Kentucky College of Agriculture, Food, and Environment, at least 45 percent of young people with asthma are allergic to house dust mites! Cinnamon has been found out that it has the most potent agent.

The combination of honey and cinnamon treat digestive issues, such as stomach gas, constipation, ulcers, and gastroenteritis. Honey destroys H.Pylori, a stomach-ulcer-causing bacteria. The fructose and glucose from honey are easily transported into the blood and used as energy in the metabolism of food, and the long carbohydrate chains, oligosaccharides, support the helpful bacteria to help digestion. While cinnamon has strong anti-microbial functions, which relieve gastroenteritis (food poisoning) due to bacterial infections in the stomach and protecting the walls of the intestines, together, these two superfoods may be key to a healthier, more smoothly functioning digestive system.

This combination has been widely used for centuries, due to its potent medicinal capacity. Cinnamon and honey have been used to treat acne and skin conditions for centuries, as they offer strong antibacterial and antimicrobial properties. The nation of these two ingredients has strong antimicrobial properties and prevents the colonization of bacteria on the skin. So the mixture is perfect for the elimination of acne.

Regularly combining cinnamon’s antimicrobial properties with immune-boosting raw honey boosts the body’s immunity and ability to fight off respiratory infections like the common cold. Cinnamon and honey have strong antioxidant, antimicrobial and antibacterial properties, that can help in the treatment of colds and the flu.

Since these superfoods have been used as natural remedies for digestive ailments by our ancestors, honey is predigested nectar, it is easy for the body to break it down, which can soothe an aggravated system. And cinnamon has antimicrobial characteristics, which have helped countless people with bacterial overload in their digestive system.

Together, these two superfoods may be key to a healthier, more smoothly functioning digestive system.

How to Use Honey and Cinnamon Together
There are many ways to enjoy cinnamon and honey together. One of the easiest ways to use honey and cinnamon to boost your health is to simply combine a half teaspoon of powdered cinnamon with a teaspoon of organic raw honey and ingest the mixture once daily. You can add this combination to warm water or use it to make an energizing and immune-boosting drink. You can also add these to hot tea or throw some cinnamon and honey into your next smoothie.

You can also apply cinnamon (or one to two drops of cinnamon oil) and honey to your skin to fight acne and skin infections. Simply create a paste by combining the two ingredients. Then apply it onto the area of concern before bed so it can sit for several hours.

This combination also works great in many recipes, including marinades, glazes, and salad dressings.

Final Thoughts
Honey and cinnamon each have multiple health benefits, many of which are backed by science. Honey and cinnamon are two superfoods that can help to boost immunity, fight allergies and diabetes, promote detoxification, and fight UTIs. Both of these ingredients are also especially useful for improving your heart health and healing infections.

Promising Benefits of Emu Oil for Skin and Body