Can You Treat Your Sunburn With Coconut Oil? 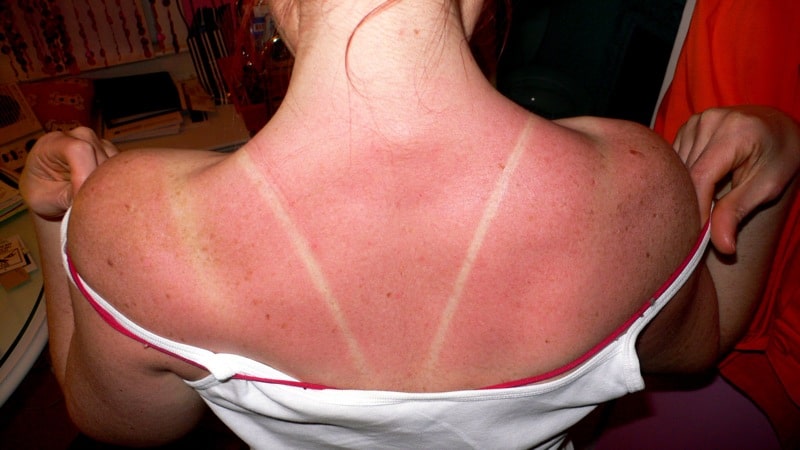 Everyone knows exposing your skin to the ultraviolet (UV) rays for a long time can cause a painful sunburn. Some people recommend using Coconut oil if that happens, but does it really work? Keep reading to find out.

Benefits of coconut oil for sunburns

Coconut oil is used to treat many skin conditions, such as eczema and dermatitis. In fact, the benefits of coconut oil for skin are widely known around the world. One of its benefits is treating sunburns. Supporters of coconut oil say it helps cool and soothe sunburned skin and alleviates symptoms such as peeling and itching.

This may be true because coconut oil is rich in saturated fats, which are excellent for moisturizing the skin. Sunburned skin tends to be dry and itchy, so the application of coconut oil can help relieve these symptoms by restoring moisture to the skin.

How to use it

Don’t use coconut oil at the first sign of sunburn. Instead, first apply a cold compress or cool, damp towel to the affected area for 15 minutes helping the skin to cool down. You can also take a cool bath or shower, but not cold. Once the skin has cooled down, apply coconut oil to the sunburned area.

So far, there hasn’t been any studies specific to coconut oil on sunburns. So there is no scientific evidence to show that coconut oil helps sunburn or burns. Yet, according to a 2012 study, the application of lotions or other lipid compounds (fats) to a first degree burn can accelerate healing time and reduce dryness.

Lauric acid is a saturated fat in coconut oil. According to a 2014 review, in vitro and in vivo studies have shown that lauric acid has antibacterial abilities against many gram-positive and gram-negative bacteria. Hypothetically, applying coconut oil to a sunburn helps in preventing the infection.

According to a previous study in rats and mice, coconut oil has anti-inflammatory and analgesic properties. It also showed the ability in reducing body temperature.

The study is encouraging, but it is far from conclusive proof that coconut oil is good for treating sunburn. 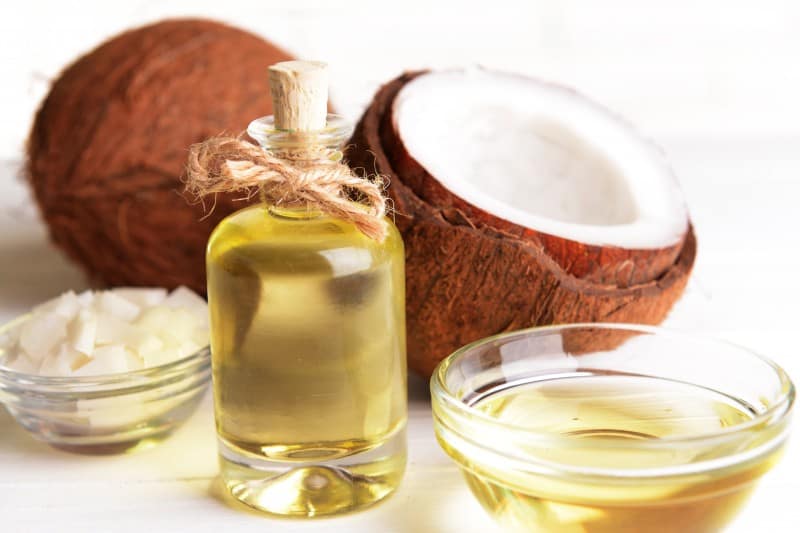 How about protecting yourself from sunburn?

Coconut oil has been promoted as a natural sunscreen to help prevent sunburn in the first place. Research has shown that coconut oil has an SPF of 7.1, but this isn’t enough to protect you from sunburn. It’s true some protection is better than nothing, but your best defense against sunburn is a broad-spectrum sunscreen with an SPF of 30 or higher.

What you need to know before using coconut oil for sunburn

Coconut oil shouldn’t be applied as the first line of treating sunburn. However, it may be beneficial after the sunburned skin has cooled down with a cold compress or cool water – the skin should never be cooled directly with ice as it may cause additional damage to the skin tissue.

The use of oil to treat burns is a popular folk remedy. The assumption is that it provides a barrier against air, bacteria and infection. But not all oils are created the same. The barrier that is created by applying oils that are not easily absorbed, such as cooking oil or butter, can actually trap heat, aggravate burns and increase pain. Coconut oil, however, is easily absorbed into the skin and is not expected to have any negative side effects.

The mild sunburns disappear without treatment in a few days. However, second- or third-degree burns may require treatment and take longer to heal. Contact your doctor if:

To prevent sunburn from getting worse, avoid exposure to the sun until it heals. Sunburn increases the risk of dehydration, so drink more fluids as your skin recovers.

Allergic reactions to coconut oil are rare, but they can occur. If you experience a rash, increased itching, or increased redness after applying coconut oil to the skin, stop using the oil and consult your doctor.

Sunburn treatments do not cure sunburned skin, but they can make the burn less painful.

The evidence that supports coconut oil for the treatment of sunburn is mostly anecdotal. Coconut oil can help moisturize sunburned skin and help reduce itching and peeling, but play safely and apply only after your skin has cooled down.

For your skin, use only organic and virgin coconut oil that has been expeller-pressed. Other types of coconut oil may contain other oils, bleaches, or use chemicals during the extraction process of the oil.

10 “Healthy” Habits That Are NOT Healthy

Ramon Henderson - March 7, 2017 0
Keeping Everything "Low Fat" American doctors and scientists have been harping this on us for decades: “Fats” cause weight gain and heart disease. However, new...