Fluoride in Water – Facts You Should Know 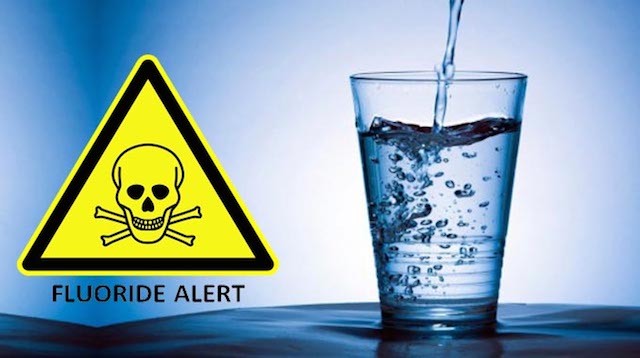 Dentists and other fluoride defenders have long said that fluoride in water does wonders for dental health. But the fact is that consuming fluoride is useless, dangerous and may even be fatal. It is a risk to public health and has been implicated in a stunning array of serious health issues. Now, for the first time since 1962, the US Department of Health and Human Services (HHS) is reducing the proposed level of fluoride in water to 0.7 mg/L to protect against adverse reactions of excessive fluoride exposure ingested orally based on the findings and recommendations of the National Academy of Sciences (NAS).

The origin of Fluoride

There are many kinds of food where fluoride occurs naturally. For example, sea salts, this contains certain amount of fluoride. Nonetheless, fluorides such as fluorosilicic acid, sodium silicofluoride, and sodium fluoride, which are industrial waste products from the phosphate fertilizer industry, are supplemented to our public water resource in a form of chemicals. The most widely used among these chemicals is fluorosilicic acid (FSA).97% of Western Europe has chose fluoride-free water unlike the United States, based on the World Health Organization, their tooth deterioration rates are lower than the tooth deterioration in the U.S.

After fluoride is ingested, what happens?

A few moments after a sip of fluoridated water, 93% of fluoride then ends in the blood and is not excreted and somehow ends up setting down on the teeth and bones. As time passes, fluoride hoards in the body. Compared to young children who have not accumulated the toxic levels of this harmful chemical, adults who have been drinking water contaminated with fluoride for many years have higher levels of fluoride inside their body thus, dental fluorosis may occur. Dental fluorosis develops over the years due to too much fluoride. 41% of American teenagers have dental fluorosis; this is based on CDC research. This must be due to the lack of knowledge about fluoridated water, and not knowing that it is no longer recommended for babies. On November 2006, it was declared by the American Dental Association (ADA) the parents should stop giving fluoridated water to babies.

One of the biggest negative effects of fluoride is its effects on the brain, most importantly in the developing brain of young children. According to recent research, it has been confirmed that even low levels of fluoride have negative effects on young children , such as the possibility of reducing IQ scores (Intellectual Quotient) . How fluoride affects the brain is still a mystery, however as parents, experts advised that you make all effort to avoid if not reduced intake of fluoride.

We already know the fluoride has negative effects on the teeth; the bones are not an exemption. This actually exhibits more dangerous for young children and the elderly. According to the recent study of a team of Harvard scientists, there’s a link between fluoride and a severe form of bone cancer known as osteosarcoma, most common to men under 20 years of age. Even a small amount of fluoride can promote the risk of bone fractures. Our bone becomes more fragile as the years passes. In the United States, fluoride might be partially the reason for the high rate of bone fractures. Even though people in the United States has the highest consumption of calcium worldwide, they also happen to also have the highest rates of bone fractures.

Fluoride causes bone fractures, that is certain however, fluoride being the cause of bone cancer (osteosarcoma) is still not certain. Nevertheless, many scientific studies have concluded that the intake of fluoride suggestively increases the risk of developing bone cancer. In conclusion, the more fluoride intake the greater the chance of developing bone cancer. Among all the type of cancers, bone cancer is unique due to their exceptional mortality. According to Fluoride Network Action, half of the adolescents who develop osteosarcoma die within a few years after diagnosis.

Tap Water Isn’t the Only Source of Fluoride

If you wish to stop drinking fluoride in water, you must remember that tap water is not the only source of fluoride. Other than installing the proper home water filtration system to remove fluoride from your tap water (distillation and reverse osmosis are some methods that have verified to be effective for removing fluoride), changing your fluoridated toothpaste is also a good thing. Currently, there’s quite a number of fluoride-free toothpaste available in the market.

Here are some tips on how to choose fluoride-free toothpaste

First of all read. Ingredients are not included in the cover for display. Look for toothpaste brand that does not contain fluoride, saccharin, or other known harmful ingredients. If your concern about tooth decay, remember that tooth decay has occurred in all western countries, regardless of fluoride present in the water.

Always remember that fluoridated toothpaste can be dangerous especially to young children. Even a small amount of fluoride in a typical toothpaste can kill a small child if eaten. Base on the Journal of Dental Research, the Probable Toxic Dose (PTD) for fluoride is only 5mg/kg. If more than 15mg/kg amount of fluoride is ingested by a child, it may lead to death. Even doses as low as 5mg/kg is fatal for some children.

As always, the choice is yours. Here, we adhere to the precautionary principle which states, ‘that when an activity raises threats of harm to human health or the environment, precautionary measures should be taken even if some cause and effect relationships are not fully established scientifically.’

Lily - April 23, 2021 0
Diabetes is a condition that results in elevated blood sugar levels (also called high blood glucose or high blood sugar). There are a few...