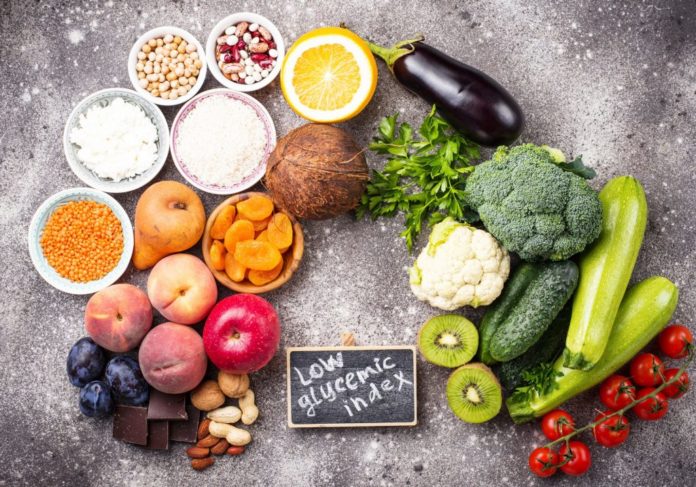 We all love sugary foods – what I mean is, who could resist a hot fudge sundae or a bag of sour patch kids? Not many people, but there is such a thing as eating too much sugar, and it’s really common. We consume glucose through food and it is distributed to all cells throughout the body.

High blood sugar, also known as hyperglycemia, can occur when your body has an issue processing the glucose properly. The blood sugar level in the body indicates the amount of glucose in the blood, which is a type of sugar that is the main energy source for the body.

Increased blood sugar levels do not necessarily indicate diabetes. Namely, not only diabetics are prone to high blood sugar, as all people may experience these health issues after the consumption of some foods, like refined sugars or foods rich in carbohydrates. As they are just one of the many symptoms of the disease.

Signs are indicating that you consume too much sugar, and it is high time to do something about it.

If you are constantly feeling tired, you are eating too much sugar which can make you lose your natural energy. Food high in sugar temporarily boosts energy, but it also always ends with a crash, and you remain tired throughout the day. So, try cutting down on your sugar intake and see if you feel better!

Sugar triggers the release of insulin which carries the sugar to the body’s organs to be used for energy. The excessive intake of sugar sends a message to the body to produce more insulin, which causes insulin resistance over time. So it would be a wiser decision to cut down on sugar and losing weight will also help your body use insulin better.

The high intake of sugar weakens the immune system, and its ability to prevent colds, viruses, flu, and chronic diseases. This makes your body lose its natural ability to fight off colds and flu viruses. If you manage to reduce the consumption of sugar, you will lower the risk of these health issues.

Most people do not realize that sugar is addictive, and its consumption leads to a chain reaction of sugar cravings. Studies have shown that sugar is more addictive than heroin.

If you find yourself constantly or regularly craving sweet foods then there is a good chance that you’re eating too much of them.

The consumption of high sugar amounts rapidly raises, and then suddenly drops the blood sugar. This can lead to brain cell damage, nerve damage, and inflammation in the brain, which all contribute to cognitive problems like memory loss and brain fog.

The excessive intake of sweet foods could also cause adrenaline fatigue, which has also been linked to the annoying dark circles underneath your eyes.

In diabetics, the blood sugar levels can be increased due to various factors, including:

• over-treating an episode of hypoglycemia (low blood sugar)
• missing a dose or taking the wrong dose of the diabetes medication
• a lack of exercise
• stress
• an illness, like a common cold
• dehydration
• overeating, such as snacking between meals
• certain medicines, like steroid medication

Namely, as we already stated, not only diabetics can have high blood sugar issues. This condition is often manifested by the following 14 symptoms:

Doesn’t sound fun at all does it? Luckily for us, there are measures we can take to prevent high blood sugar issues. High blood sugar may be lowered with the help of the Glycemic Index (GI). The glycemic index (GI) is a value used to measure how many specific foods increase blood sugar levels. Foods are classified as low, medium, or high glycemic foods and ranked on a scale of 0–100.

Low GI foods should be consumed daily. Low GI foods include things like one egg, one cup of broccoli, one cup of walnuts, one turkey sausage, and so forth. The right foods can be pretty amazing in the correct amounts.

Foods with a high GI include:

(High GI foods are between 70 and 100 on the scale, and their regular consumption causes various severe health problems. It is highly recommended to avoid these foods)

You can occasionally consume foods with moderate GI:

(Foods with a GI between 55 and 69 are considered to be moderate GI foods, so you should consume them in moderate amounts)

The lowest-ranked foods on the scale have a GI between 0 to 54, and you should focus on them:

However, note that, according to Diabetes UK, the GI can also be affected by other factors such as:

• Processing and the ripeness of fruit and certain vegetables

• Fiber: Whole grains and high-fiber foods act as a physical barrier that slows down the absorption of carbohydrates. This is not the same as a ‘whole meal’, where, even though the whole of the grain is included, it has been ground up instead of left whole. For example, some mixed grain bread that includes whole grains has a lower GI than wholemeal or white bread.

• Fat lowers the GI of food. For example, chocolate has a medium GI because of its fat content, and crisps will have a lower GI than potatoes cooked without fat.

• Protein lowers the GI of food. Milk and other dairy products have a low GI because they are high in protein and contain fat.

Our diet dramatically affects our general health, especially blood sugar levels. Therefore, if you experience these symptoms of hyperglycemia, you should make some dietary changes and try to naturally maintain a healthy balance, before it causes further complications.

It is also important that you should be aware that individuals differently respond to certain foods, so you should check your blood glucose levels 2 hours after you have consumed the food.

Moreover, make sure you also start exercising regularly, as it is also one of the best ways to naturally lower blood sugar levels.

Ramon Henderson - January 4, 2020 2
Overview Bitter melon (also known as Momordica charantia, bitter gourd, wild cucumber, and more) is a plant that gets its name from its taste. It...