What is Brittle Diabetes? 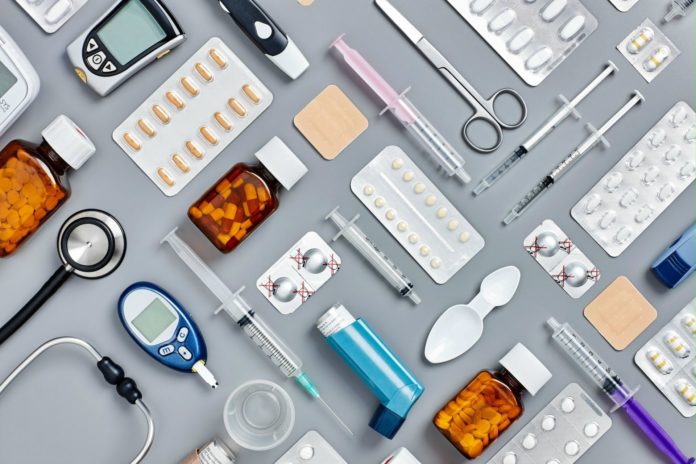 Brittle Diabetes was first described by Theodore Dent in 1970. This is a type of diabetes mellitus, which is an inability to produce insulin, leading to high blood sugar levels. Brittle diabetes is a common term used to describe children with type 1 diabetes who have frequent hypoglycemic episodes, or low blood sugar.

Brittle Diabetes, what does it means?

Brittle Diabetes (also called Labile Diabetes) means that a person’s blood sugar levels fluctuate constantly, either because of insulin injections or the pump not working properly. This is when someone has insulin levels that yield extreme changes with very little warning before having extremely high or low blood sugar readings. This extreme change in glucose levels and complications related to the illness require special attention.

Brittle Diabetes occurs in people who have had type 1 diabetes for several years and therefore their body does not produce insulin at all. A person with brittle diabetes does not have the time for their body to recover from one change before another occurs, so they experience significant changes in glucose levels several times per day.

Brittle Diabetes can be difficult to control because it often swings in and out of control while fluctuating between high and low blood sugar readings. Brittle diabetes has been linked to other life-threatening health problems such as stroke, heart attack, neuropathy, and sometimes death.

They can cause you to faint, be very confused or disorientated, have seizures, or even go into a coma until your blood sugar levels are back to normal.

In this article, we will cover its risk factors, causes, symptoms, and several treatment options including lifestyle changes like dieting and exercise regimens, in addition to insulin injections.

The other risk factors for brittle diabetes include:

Brittle diabetes can be caused by various factors such as poor management of the disease to reach the target blood glucose level. Brittle diabetes shows up at least once in someone with type 1 diabetes in their lifetime, usually during the first year after diagnosis, although brittle diabetes can happen at any stage after you’ve been diagnosed.

They usually develop gradually and may result from different causes:

Brittle diabetes is a form of diabetes that affects the body’s ability to produce insulin. Brittle diabetes occurs when the pancreas does not produce enough insulin or when part of the body’s cells is unable to absorb glucose, leading to excessively high blood sugar levels.

The symptoms below may be possible signs of brittle diabetes. These are the following symptoms:

Extreme thirst and frequent urination: Brittle diabetes occurs when glucose builds up in the blood faster than it can be removed by the kidneys, resulting in excessive urine production and thirstiness so intense that sufferers often need to drink several liters of water each day just to feel hydrated enough, while still losing weight due to the excessive urination.

Unexplained fatigue: Brittle diabetes can also cause unexplained and unceasing tiredness, which often cannot be explained by physical exertion or other factors.

Nausea and vomiting: Brittle diabetes may also cause nausea and vomiting; these symptoms occur when blood sugar levels are too high, triggering a rapid release of insulin that forces the sugar to be turned immediately into fat. Brittle Type 1 Diabetes means no exogenous insulin was taken before the event. Brittle type 2 diabetes means it is not due to too much endogenous insulin.

Mood changes: Brittle diabetes can also affect an individual’s emotions and thought processes. Brittle diabetes sufferers may experience depression, anxiety, and other psychological changes as well as cognitive issues such as difficulty concentrating or impaired memory and recall abilities. Brittle Type 1 Diabetes means no exogenous insulin was taken before the event. Brittle type 2 diabetes means it is not due to too much endogenous insulin.

Brittle Diabetes normally causes these types of symptoms suddenly and severely over time until it gets better or worse. Luckily for most brittle diabetics, they can keep their condition under control by taking prompt action if blood sugar levels begin to rise or fall rapidly. Brittle diabetes normally does not change much over time if left untreated.

Some treatment options include taking insulin shots before exercise or exposure to low temperatures because high glucose levels cause coldness in the hands and feet. Brittle diabetics can decrease their risk of low blood sugar by:

Have short-acting insulin ready in case there is an unexpected increase in food consumption or physical activity. Brittle diabetics may need to take both long and short-acting insulin at various times throughout the day as well as monitor their glucose levels regularly. Brittle diabetics should also carry candy for low blood sugar to avoid hypoglycemia.

Brittle diabetes has no cure; however, it can be managed successfully through self-care practices such as monitoring your blood sugar, eating the right foods, and doing the proper amount of exercise daily. Brittle diabetic patients need to work closely with their health care providers to avoid the serious consequences that brittle diabetes has the potential to cause.

A brittle diabetic must take insulin shots regularly to maintain control of blood sugar levels and prevent it from becoming too high or too low which can result in health complications including coma, nerve damage, heart disease, blindness, stroke, and even death if not treated properly.

Brittle diabetes requires constant care and supervision by qualified medical professionals who are aware of the brittle diabetes complexities as well as some level of self-management on behalf of brittle diabetes patients. If you have brittle diabetes then you must know the signs and symptoms of elevated blood glucose levels so you can treat them early on before more issues arise regarding your health.

Brittle Diabetes normally does not change much over time if left untreated. Brittle diabetes normally causes these types of symptoms suddenly and severely over time until it gets better or worse, but luckily for most brittle diabetics, they can keep their condition under control by taking prompt action if blood sugar levels begin to rise or fall rapidly.

Brittle diabetes is incredibly difficult to manage, but your doctor can help you. They will work with you to decide on a treatment plan that works best for you and advise you on how to stick to it. Brittle diabetes complicates our lives because it causes frequent highs and lows in blood glucose levels, which makes managing it very difficult. However, by working together with your doctor over time, you can learn how to manage or even prevent brittle diabetes.

How to Use Honey in Your Coffee to Fight Colds

Lily - September 11, 2018 0
Coffee is excellent for increasing energy. However, what happens sometimes is that our health gets compromised by of infections or other diseases, including sore...