“9 Brain Foods” That You Need to Eat 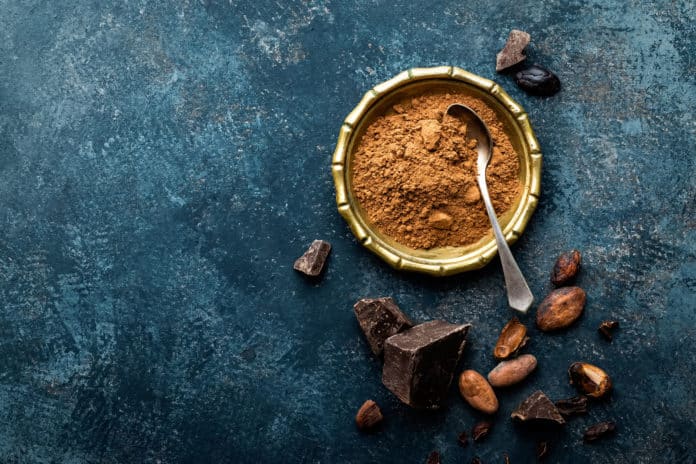 Good brain health is vital for your well-being. The human brain performs as many as 50 tasks at any given moment. Even when you sleep, the brain still performs essential functions, coordinating other organs. Despite this, brain health is far too easy to neglect.

The Best Brain Foods to Keep Your Mind Sharp
What you eat and how often you eat can greatly affect your brain. That includes your focus, mood, and energy levels. Choosing the best brain foods to add to your diet can help you preserve your cognitive functions and even improve them.

Discover some of the best brain foods to keep your mind sharp:

A real extra virgin olive oil is truly a brain food. It contains tons of polyphenols and antioxidants such as vitamin E, which support memory and learning ability. EVOO’s polyphenols also help combat amyloid-beta plaque and neurofibrillary tangles in the brain also help fight against ADDLs, proteins that are toxic to the brain and induce Alzheimer’s. It also has powerful anti-inflammatory, antioxidants properties; this oil is also believed to reduce the risk of genetic mutations in the brain.

Remember that it’s not a good option for cooking, as it hydrogenizes and begins decomposing at high temperatures. The best way to add more olive oil into your daily routine is to use it to make a salad dressing or drizzle it into warm soups. That way, you can preserve the heat-sensitive antioxidants.

When people talk about brain foods, fatty fish is often at the top of the list. Fatty fish is a rich source of omega-3s, a major building block of the brain.

The human brain is 60% fat, and around 50% of that fat is composed of the Omega-3 fatty acid DHA, which is negatively linked to dementia. Certain fish such as salmon, sardines, mackerel, trout, and tuna, are rich in omega-3 fatty acids (EPA and DHA) and slows cognitive decline. Four 4-oz servings of fatty fish per week should provide optimal levels of fish oil for your body and brain, which is increases your brain matter and helps ward off depression.

People who ate baked or broiled fish regularly had more gray matter in their brains. Gray matter contains most of the nerve cells that control decision-making, memory, and emotion, based on one study.

Kale, Spinach, and Other Leafy Greens

Kale and other leafy greens such as spinach and arugula impact the entire body in astonishing and beneficial ways. As published in Neurology, older people who ate at least one serving of leafy greens daily, experienced lower rates of decline on tests of thinking skills and memory. Leafy green vegetables are packed with folate, and oftentimes an insufficiency of folate is associated with cognitive decline. Folate helps prevent the beta-amyloid plaque that we know forms as Alzheimer’s progress.

Kale contains critical antioxidants, minerals, and key vitamins that many people are lacking. All of which are essential for brain health. They also combat inflammation, ward off sugar cravings and even relieve stress.

Green, leafy vegetables are also loaded with vitamins A and K, which help fight inflammation and keep bones strong.

Avocados are versatile fruits that can be enjoyed in several ways, including mashed into guacamole, spread on toast, or simply enjoyed whole with a bit of salt. They’re an excellent source of lutein, a carotenoid that accumulates in your brain and eyes and may positively influence brain function. While they are not high in protein, avocados do contain more protein than almost any other fruit, with four grams per avocado. They are also a great source of magnesium, tryptophan, and potassium, which reduce blood sugar and blood pressure levels associated with stress and anxiety.

Containing both vitamin K and folate, avocados help prevent blood clots in the brain (protecting against stroke), as well as help, improve cognitive function, especially both memory and concentration. It is also one of the best sources of monounsaturated fats and vitamin E, which protect the brain, blood, and heart. A study in 84 adults demonstrated that those who ate a meal containing fresh avocados for 12 weeks had increased blood levels of lutein and experienced improvements in accuracy on mental tests. Regardless, blood lutein levels and lutein intake have been associated with better mental function in general.

One of the best brain foods of all time is perhaps dark chocolate and raw cacao. Dark chocolate and cocoa powder are packed with a few brain-boosting compounds, including flavonoids, caffeine, and antioxidants. In fact, one study showed that people who ate dark chocolate frequently performed better on mental tasks than those who didn’t eat chocolate often. Plus, the high and intermediate flavonoid groups had improved insulin sensitivity, which was suggested to be the primary cause of improved brain function. Insulin is a hormone that helps move sugar from your blood into your cells, where it can be used for energy.

Not all chocolate is created equal; in fact, dark chocolate can actually be good for you! They can help lower blood pressure and improve blood flow to both the brain and heart. This superfood is also an excellent way to reduce inflammation in the brain and has been shown to improve longevity, memory, and focus, and assist with overall heart health — it’s even great for blood sugar and diabetes!

If you are looking for a delicious type of fruit to add to your diet, berries are the way to go. Berries are rich in a variety of compounds that may help promote academic performance and protect the health of your brain. All berries fight inflammation, improve memory, assist with heart health and mood, reduce anxiety, and aid in digestion.

Berries, including blueberries, strawberries, and blackberries, are especially high in flavonoid compounds called anthocyanins. Anthocyanins are believed to improve mental performance by increasing blood flow to your brain, protecting against inflammation, and improving certain signaling pathways that promote nerve cell production and cellular processes involved in learning and memory.

Nuts provide your body with a range of key nutrients, including healthy fats and vitamin E. Walnuts have been linked to improved cognitive test scores due to their omega-3 fatty acids and other brain-boosting minerals and vitamins. And it turns out that eating walnuts can keep you from going nuts. Just one-quarter of a cup provides nearly 100 percent of your daily recommended DHA. Their high levels of antioxidants, vitamins, and minerals also improve mental alertness. The vitamin E in the nuts can also help ward off Alzheimer’s.

Turmeric is a yellow spice used in traditional Indian dishes and is often found in mixed curry powders. An ancient root that’s been used for its healing properties throughout history. Thanks to curcumin, a chemical compound found in turmeric, spice is actually one of the most powerful anti-inflammatory agents. Turmeric also helps boost antioxidant levels and keep your immune system healthy, while also improving your brain’s oxygen intake, keeping you alert and able to process information.

It’s a potent antioxidant and anti-inflammatory compound that has been linked to the following brain benefits:

Coconut oil, one of the most versatile — and good for you — foods out there. Coconut oil contains around 66% medium-chain triglycerides (MCTs), which travel directly to your liver, where your body naturally converts them into ketones. Your brain primarily uses glucose as fuel, however, it can also run on ketones. Studies show that coconut oil potentially supports the prevention and treatment of brain conditions such as Alzheimer’s.

And when it comes to your brain, it’s full of benefits, too. Coconut oil works as a natural anti-inflammatory, suppressing cells responsible for inflammation. It can help with memory loss as you age and destroy bad bacteria that hang out in your gut. It’s also super easy to include in your diet by cooking meals using coconut oil.

Well, if you’re looking to enhance your mental performance and improve your overall health, try adding a few of the brain foods listed above into your diet.

Ramon Henderson - July 7, 2020 0
Have you ever wondered about the positive effects of laughter on your health, what foods can make you happier or what eyebrows are for? We...