Benefits of Turmeric for Treating Cancer 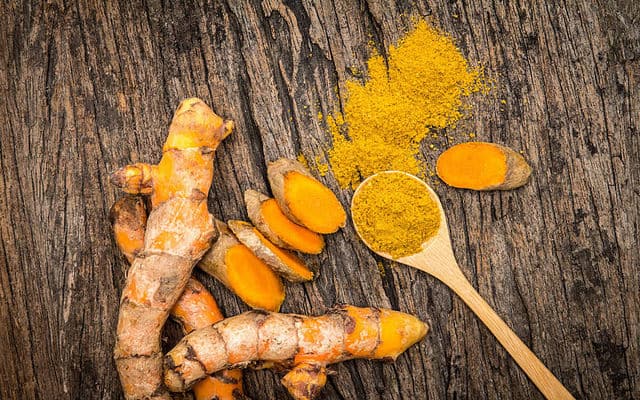 Benefits of Turmeric for Treating Cancer

Turmeric is an orange-colored spice from India and Indonesia, revered for its culinary and therapeutic benefits. Curry dishes from around the world would not be so delicious without turmeric. Turmeric gives the curry its bright yellow or orange color and contributes to its warm, spicy and slightly bitter taste. It also gives a tangy and ginger-like scent.

Turmeric is a root plant known for its bright orange flesh and tough brown skin. This root crop has been cultured in the tropical regions of Asia for more than 5,000 years. During the thirteenth century, turmeric was introduced into Western countries by the Arab merchants.

Its popularity has spread slowly around the world. Today, the main producers of this aromatic spice are India, China, Indonesia, Jamaica, Taiwan, Haiti and the Philippines.

Turmeric has been used in Indian and Chinese pharmacopeia for thousands of years. It is known for its powerful anti-inflammatory properties, which are used in the treatment of various conditions such as chest pain, toothache, urinary tract infection, jaundice, flatulence, menstrual discomforts, hemorrhage, bruising, and colic.

Today, researchers are studying the myriad benefits of turmeric and have shown incredible promise in the prevention and treatment of cancer.

The active ingredient in turmeric is an extract compound called curcumin. Studies have shown that curcumin helps prevent various forms of cancers, including breast, stomach, liver, lung and colon because of its anti-inflammatory and antioxidant properties. It stops the development of cancer by interfering with the cellular signaling aspects of the chronic diseases.

The lab results found that curcumin is able to …

According to a 2011 study, it was found that curcumin extract effectively differentiates between cancer cells and normal cells while activating the death of cancer cells (apoptosis).
It was concluded that “Curcumin exerts its biological influence through epigenetic modulation, a process that continues downstream staying one step ahead of adverse genetic influences.”

Curcumin is poorly absorbed in the blood, but well absorbed in the lining of the colon, giving an advantage against the cancerous tissues in the colon. It can help prevent prostate cancer because of its ability to interfere with the spread of cancer cells and inflammatory reactions that are considered to be precursors to the development of cancer. Curcumin also combats prostate cancer by reducing the expression of sex hormone receptors in the prostate gland.

It has shown incredible promise in preventing cervical cancer, the leading cause of cancer deaths among women in developing countries. The anti-inflammatory property of curcumin blocks the factors that induce human papilloma virus and activates the death of cancer cells in the uterine lining.

The Incredible Benefits of Turmeric

Turmeric is potent and effective against more than just cancer cells. Researchers are fascinated by the wide range of conditions it is able to help.

Aside from these benefits, turmeric also shows promising health benefits in reducing heart diseases. The health benefits of turmeric for heart health have only been recognized by the medical community over the last decade, but researchers are wasting no time trying to test this incredible spice.

Turmeric is more than just curry. You can add turmeric powder to your classic egg salad, season meats, soups and add to sauces and salad dressings. A bit goes a long way and adds a unique and delicious nuance to the common foods.

Add this spice to your nutrition plan, include it in your grocery list and enjoy the powerful health benefits of turmeric right now.

Best Ways to Manage Your Stress

Lily - September 7, 2017 0
Stressful experiences occur in a lot of forms, demanding work, chronic illness or a disagreement with a loved one. But all kinds of stressors,...